During arousal, some men may notice a clear, mucus-like fluid at the opening of the tip of the penis.  This fluid is known as pre-ejaculate, otherwise referred to as “pre-cum”.  Pre-ejaculate is a normal phenomenon and is produced by a pair of small pea-sized glands called Cowper’s glands that are located alongside the urethra.  This fluid helps to lubricate the penis in preparation for sexual intercourse, and also helps to clear and neutralize the acidity of any residual urine that may be left in the urethra.  This helps to facilitate the passage of sperm during ejaculation.  The amount of pre-ejaculate produced varies considerably between men, and can range from a few drops to about a teaspoon.

However, penile discharge that occurs outside of sexual stimulation and intercourse is likely to be abnormal, and is most commonly due to a condition known as urethritis.  Urethritis can be caused by a number of different sexually transmitted infections, including Gonorrhoea, Chlamydia and Trichomoniasis.  These infections may be accompanied by other symptoms such as pain or a burning sensation while passing urine, an itch in the urethra, or ulcers appearing over the genitalia.

Penile discharge may either be physically seen at the tip of the penis, or noticed as a stain on the undergarment.  If you suspect that penile discharge is present, or there are other potential symptoms of urethritis as described above, please speak with your doctor.  Depending on your symptoms, your doctor may decide to perform a urine test to determine if there is an underlying infection that is causing the symptoms.  Occasionally, a swab of the discharge may be performed as well.

Treatment and advice for penile discharge

The treatment of penile discharge will depend on the underlying cause.  If an infection is identified, treatment will usually consist of antibiotics to clear the infection.  This is typically in the form of oral tablets and/or an injection into the muscle.   Pain relief medication can also be prescribed if there is significant discomfort while passing urine.

While being treated for a sexually transmitted infection, it is recommended to abstain from sexual intercourse to prevent transmission to a sexual partner.   Depending on the infection, your doctor may also advise you to return for a follow-up test to ensure that the infection has been fully cleared, and to also inform any sexual partners you may have had within a stipulated time period to be tested for the infection as well. 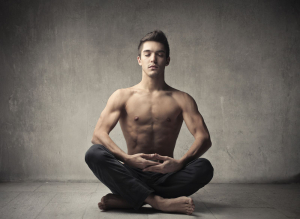 Want to join the discussion?
Feel free to contribute!

Itchy Penis – What You Need To know