Aside from taking tablets to control the HIV infection directly, HIV treatment also consists of monitoring for and treating any opportunistic infections (i.e. infections that happen when the patient’s immune system is weak) and taking care of the patient’s general health and well being. In this article, we will concentrate on the medicines used to treat HIV directly.

When do you need to start taking medicines?

However, some studies have shown that if a patient is given treatment early on in the infection (i.e. even before the CD4 drops to 500), he/she will benefit in many ways like having less nerve or heart damage later on in life. In a famous study called the Visconti Cohort, the patients were given strong anti-HIV treatment very early on in the infection actually could stop taking the medicines after a few years and the disease did not get worse.

At the end of the day, when to start HIV treatment is a decision both you and your doctor have to make together.

What medicines to take?

This is also very complex. There are several factors that have to be considered. These are namely:

What are the medicines available?

HIV medicines are divided into 5 classes. Each class has different medicines but they do more or less the same thing (i.e. they have the same mechanism of action). Each class interrupts the HIV life cycle in its own way.

These drugs act by blocking the copying of HIV RNA to DNA. If the HIV RNA cannot be copied to DNA, it cannot join with the DNA of your cell and therefore cannot reproduce

These drugs act in the same way as NRTIs but they use different ways to block the copying of RNA to DNA.

After the HIV RNA is converted to DNA, it has to combine with the DNA of the cell it has infected. This medicine blocks the HIV DNA from combining with the cell’s DNA.

These medicines block the HIV virus from entering the cell in the first place.

People living with HIV have to take 3 or different types of drug every day. This could mean taking 6 or more tablets per day. This is of course very challenging and inconvenient for most people.

So pharmaceutical companies have come up with FDCs and STRs.

These are tablets that contain 2 or more drugs in one tablet. It is primarily used to reduce the number of tablets a patient has to swallow every day.

These are tablets that contain 3 or more drugs in 1 tablet. Basically, they have all the drugs a HIV +ve person needs. So treating HIV can be as simple as taking 1 pill a day.

When a patient first starts to take anti-HIV medicines, he may have to see his doctor rather often. This is because we have to monitor the Viral Load and CD4 cell count to make sure the drugs are working. We also need to monitor for side effects.

Once the patient is more stable, the visits usually become further apart. 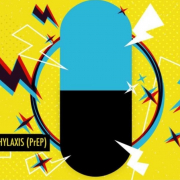